Spykee is commonly known as the spy robot. This robot lets you spy on your home from anywhere in the world using the internet and free Skype video services. The Spykee robot was originally made in 2006 but, it came to the US market in 2008. The Spykee was manufactured by Meccano and was sold under the brand Erector. The robot kit has a wireless camera and it can be controlled remotely with your computer (either by PC or Mac) using an adhoc wireless connection or a Wi-Fi access point. Spykee is also considered to be an educational toy. You can use it for other serious work too. Now let’s move on to its specifications in detail.

Spykee is a mini spy robot. You can not only use it to guard your home but also keep any eye on your kids/teenagers when not at home. Further, a few call it as a spy robot toy. It is because of the fact that you need to assemble it from scratch, this way it can be an educational toy for your kids to learn basics of robot assembly. Now, let’s start with the features of Spykee.

Spykee comes as a robot kit. It consists of more than 200 parts that has to be assembled to use the robot. There are three possible configurations/ways to assemble it. Moreover, it is compatible with other Meccano/Erector parts so a few configurations are possible. This was the mini spy robot can be used as a means to learn robot assembly too.

It’s a spy robot with camera. Spykee has a QVGA CMOS camera. Here you can see another camera with cmos. It can take 15 images per second in local mode and 4-15 images per second in remote mode. It also has an infrared receiver that allows it take images/videos in darkness. So, it is possible to take pictures and record videos with the spy robot during the day time as well as the night time. The photos taken by it are off decent quality, they are not crystal clear but good enough to make out what is going on.  In addition to this, there are a few video filters too for recording as per the preference.

Yet another amazing specification of this spy robot with camera is that it can be used as a webcam and as a VOIP phone. With this feature you can place a video call.

When in this mode, it can act as a spy guard for your home. You can monitor what is happening in your home from anywhere in the world. Further, in this mode the spy robot can take a picture and send it to you by e-mail on detecting a movement. This is only possible when it is connected to the console application.

It is yet another user-friendly feature. You can play MP3 songs on your speedy robot. The MP3 can be hosted on your computer via the Wi-Fi link.

The mini spy robot can charge all by itself. Nevertheless, its partially true. It returns to its charging station only if it positioned 1 to 2 meters away. If it’s far away from the charging station, you have go and put it for charging.

Spykee can be connected with Mac and PC both. You need to install a console application to control the functioning of the robot.

The robot has a battery life of sixty minutes,  however it again depends on the usage. If you use it playing MP3 or recording videos the battery might discharge a little quickly.

For controlling the robot you can connect it in three different modes: local ad hoc mode, local WiFi mode and remote mode. There is also a android app, to monitor the robot from your smartphone.

In the local ad hoc mode, a direct wireless connection is established between the computer and the robot. For this, your computer must have an internal or external WiFi card.

In local wifi mode, the robot is connected to the home wireless network. For this, a wi-fi access point is a obvious need. When in this mode, a wireless card is not needed as you can connect your computer to the router via a Ethernet cable.

In the remote mode, you can access the robot through the internet from anywhere in the world. It is possible because the robot is still connected to your wi-fi access point and only you are accessing the robot from a remote computer instead of your personal/local one. To use this mode, you need install the console on the remote machine and also register your robot.

The connecting part is easy. It take hardly 10-20minutes to set-up the entire connection. If you face any issue when connection, you can always read the manual provided with the robot kit. It has detailed explaination on how to connect the robot with your computer. 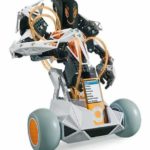 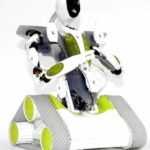 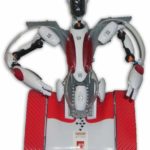 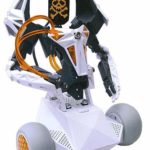 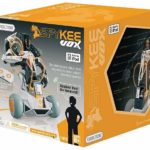 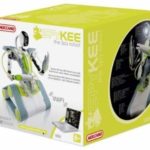 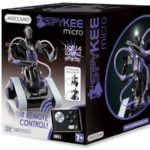 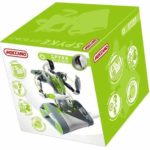 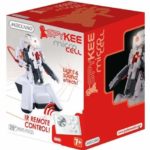 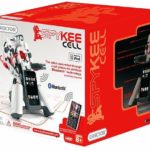 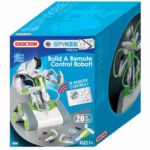 All these sound cool. The spykee robot is a great innovation to guard your home and family and also to learn the basics of robot building. In our opinion, its a decent security device to try your hands on. Initially, you might face difficulties to handle it but once you get the hang of it it would be easy to monitor you home and family.